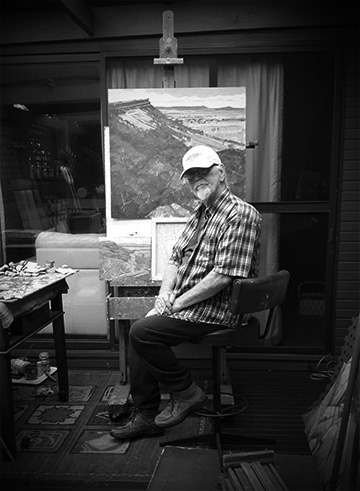 Neville Connor has pursued a career as an artist and musician since growing up in the western Riverina town of Hay. His passion for art in particular, was fuelled during his schooling by his manual arts teacher, Rupert Donison, (also a painter) who encouraged his talent and that of his good mate Kevin Oxley, who also became an accomplished artist. Art as a subject was not available at his high school during those years.
To the two young teenagers, it seemed that Hay, which was previously known as Lang’s Crossing (connor prefers the original name as it is more poetic) offered limited subject matter for their paintings. A flat treeless plain that challenges the concentration of motorists with its arrow straight bitumen stretching endlessly to the horizon in either direction and languid Murrumbidgee River with its steep banks bordered by huge river gums. Although the river banks were the playground of young boys in Hay, they were not the inspirations for paintings. Connor moved on from Hay (pop. 3500) to study art at East Sydney Art School and then on to the UK via Greece to study at Camden Art School in London. His overseas odyssey continued for several years as a professional musician and painter. He played music in Greece and Turkey and exhibited and sold his work in Athens. He now lives on the NSW south coast where he continues to paint and regularly play in jazz and blues groups in Sydney, and jazz festivals around Australia and New Zealand.
For Connor, music and art are the rhythms of his life and was the reference for his 2005 exhibition title and content. His paintings reflect many elements of his life. He is occasionally drawn back to Hay where the majesty of the Hay plains and the ever changing play of light from daylight to dusk through storm and dust provides and endless catalogue of landscapes across its vast expanses that seemed unremarkable in his youth. The river gums of his boyhood still stand as sentinels guarding the river banks, but are now captured in Connor’s paintings invoking youthful memories.
Connor’s works sit comfortably in traditional and contemporary art genres with their distinct tonal palette and woven geometric patterns.  His work often includes elements of habitation and the daily rhythms of life with the painting title leading the viewer into the narrative. These elements make him a regular prize winner.
Connor’s painting practise now approaches 40 years with 30 exhibitions to his credit. There is warmth in his work that reflects the balance and rhythm of his life 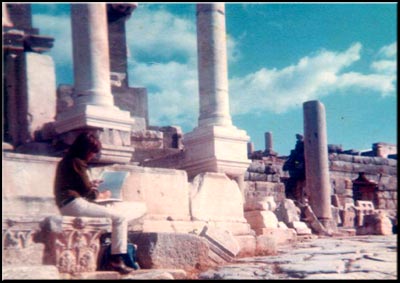 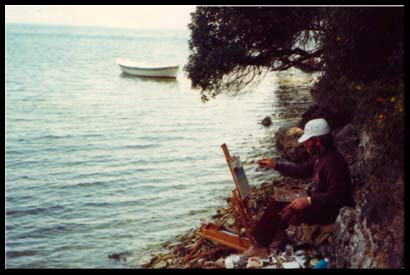